I've been curious about the concepts of emptiness and dogs. I have independently been exploring these and there seem to be some theological/philosophical convergence between Joshua and Caleb from the Hebrew Bible's narrative in the desert (caleb being the hebrew word for dog, and Joshua being a name of obedience to God).

I'll restate my question below, but it is basically this: How would we know if the ancient greek word for dog (╬║¤ì¤ë╬¢) is related to the verb for emptiness (╬║╬Á╬¢¤î¤ë)

I then get the sense that obedient sheep dogs were important tools for shepherds in the ancient farming contexts of a variety of cultures. So the idea of a sheep dog, utterly obedient seems to be one that is present in the Hebrew context. See Caleb/Joshua's descriptions in Numbers 32:12, "none except Caleb son of Jephunneh the Kenizzite and Joshua son of Nun, for they have unreservedly followed the Lord."

I was exploring the idea that this sense of an empty dog translates on to the emptiness of Jesus, described in Philippians 2:7 in the verb ╬║╬Á╬¢¤î¤ë. Now, the concept of dogs is typically not positive in the New Testament, but dogs were highly prized in Egyptian and in some Greek/Roman contexts. They were agents of healing in the cult of Asclepius (licking wounds), and many mosaics, for example in pompei, exist indicating domesticated and leashed dogs.

There could even be a connection between the hebrew Caleb and the egyptian dog God Anubis/Inpu. Both of these characters were obedient, Anubis to the scales of truth, and both acted as guardians of the border to the promised land or field of reeds. In general, the dog seems to have some sense of obedience and transparency to their master. This is a similar motif with Jesus where he is seen as obedient and transparent to God.

Then I came across this meme to really put the emptiness and dog concepts together in a modern form. One might say "all dogs goto heaven" for this reason.. they never left.. Fully grounded in the present. This is something that anyone would perceive, even in ancient times. 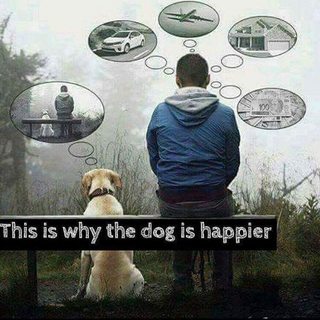 So my question then comes down to this: How would we know if the greek word for dog (╬║¤ì¤ë╬¢) is related to the verb for emptiness (╬║╬Á╬¢¤î¤ë)? There seem to be only vowel differences between the two words. Are these similar sounding words linked etymologically? This is my first post on the Linguistics SE, so any assistance in crafting this question or clarifying any wrong ideas I have would be helpful.

The word for empty in Greek appears to be ╬║╬Á╬¢¤î, ultimately from Proto-Indo-European *ß©▒en-.

The word for dog, ╬║ß┐á╠ü¤ë╬¢, is from Proto-Indo-European *ß©▒wß╣ô. (This would make it cognate with English hound, Latin canis etc.)

So there doesn't appear to be any common ancestry between ╬║ß┐á╠ü¤ë╬¢ and ╬║╬Á╬¢¤î. It's not surprising given the lack of semantic connection.

8
How do we know that Ancient Greek didn't have ejectives?
1
what would be the hypothetic result of *╬▓╬Á╬▓╬╗╬Á¤Ç╬¢¤ä╬▒╬╣ in Ancient Greek?
5
Etymology of Greek Enualios
2
Is "hand" etymologically related to "five" in many world languages?
6
Why is "Eli, Eli, lama sabachthani" transliterated with a Chi in Matthew and Mark?
10
Why is Greek alphabet left-to-right?
13
How did Greek loanwords with 'ae' come to be pronounced [i] in modern English?