Is there a collection of Ancient Egyptian hieroglyphic transliterations of foreign names/words?

The Ancient Egyptians sometimes had to transliterate foreign names (for example, the name Cleopatra) into hieroglyphs, and I'm sure there are loanwords or technical terms from other contemporary languages which were adopted into Egyptian which also had to be transliterated.

I am wondering whether there is any (easily-accessible!) collection of such transliterations. Can anybody help? If this would be a better fit on a different SE site then do let me know.

More specifically, I'm looking for a collection which shows:

Insofar as era affects the question, I'd prefer examples from Middle Egyptian.

In response to Draconis's question in a comment, I'm specifically interested in cases where the Egyptians were rendering something phonetically, attempting to write down the sounds. I haven't heard the term 'group-writing' (and a brief Google was less helpful than I expected) but that sounds promising.

Just a collection? I have one, here we go!
The language is Ptolemaic Demotic Egyptian. 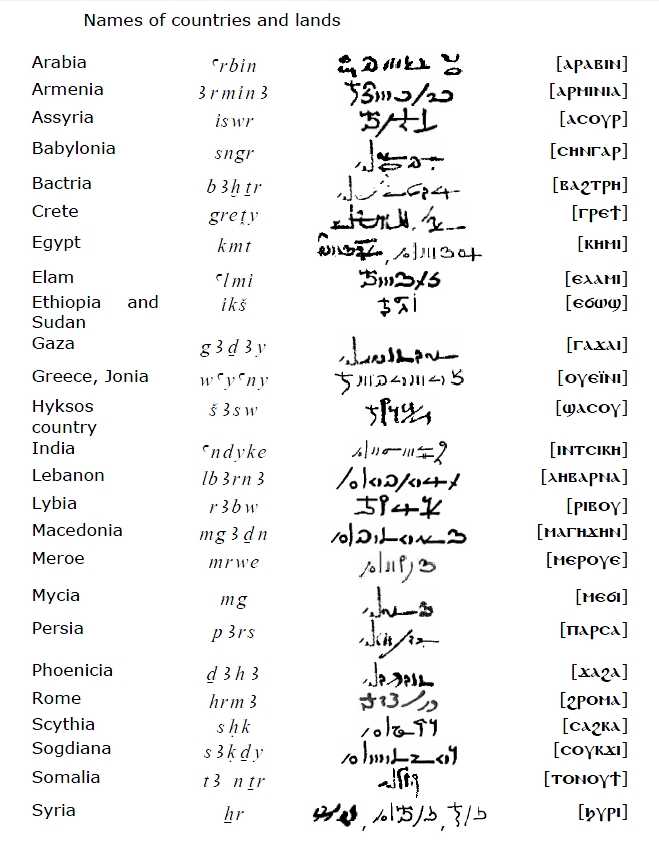 The rightmost column is Coptic, that's the latest Egyptian.

Part I of Hoch's Semitic Words in Egyptian Texts of the New Kingdom and Third Intermediate Period lists almost 600 transcriptions of Semitic names and terms, mainly in group-writing. 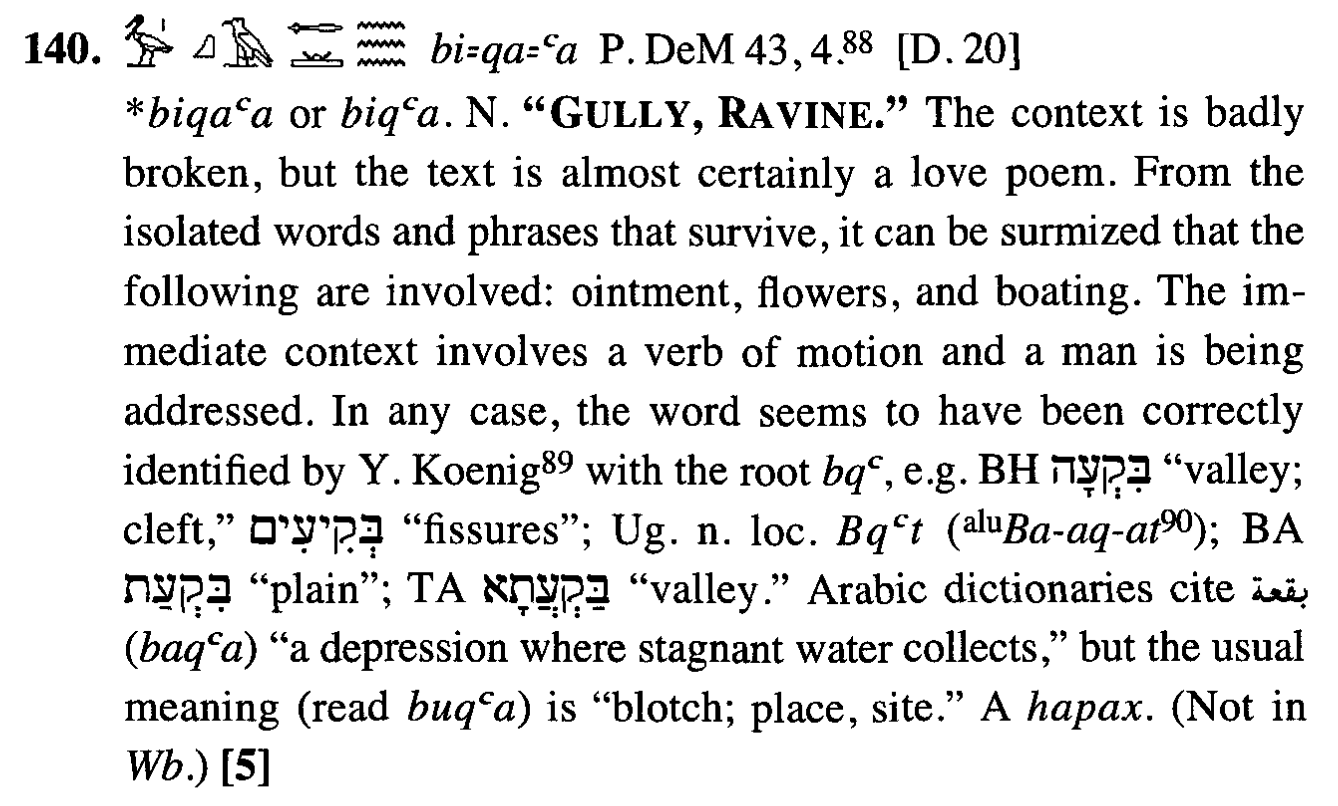 Not the answer you're looking for? Browse other questions tagged resource-request egyptian rtransliteration or ask your own question.

0
Reed Leaf Unilateral Transcription in Hieroglyphic Egyptian. Why isn't there one? Or is there?
1
Are there resources that classify the common words according to their underlying concepts?