A term for sign/symbol that represents multiple letters

At the time the Quran was revealed, the Arabic letters that we know of today was different. As I understand it, they did not have the concept of letter in the meaning we understand today. 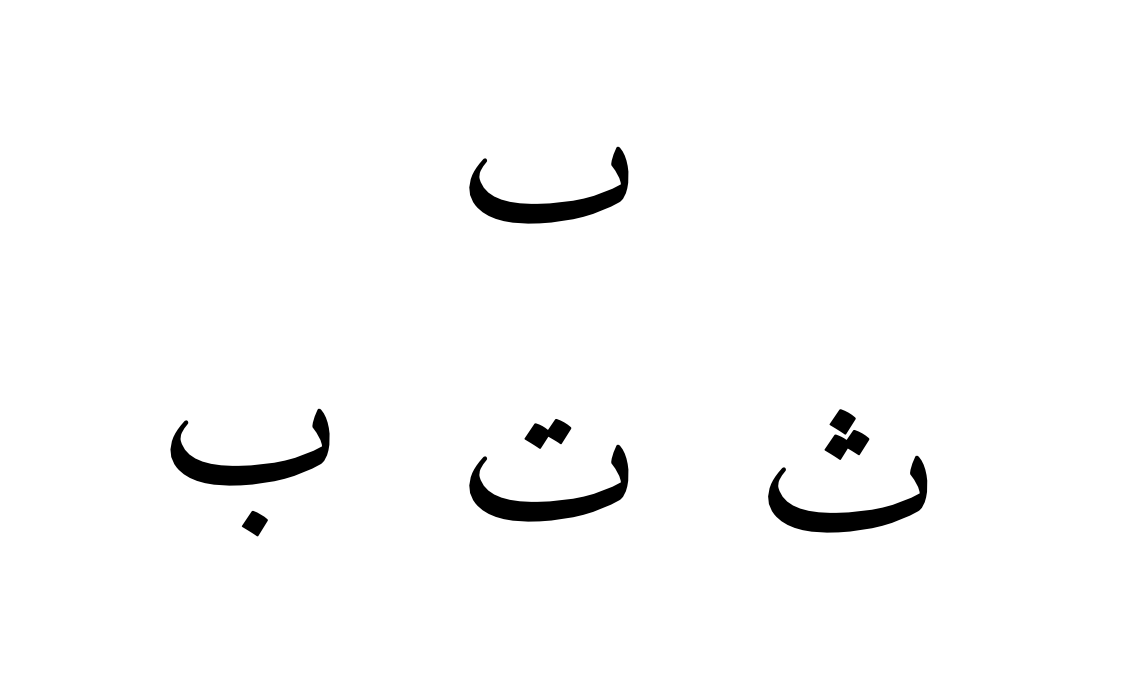 For example, the letters in the second row are, from left to right, ba, ta, tha. Originally, the symbols did not have those dots, and in written language the symbol in the first row was used for all three of them. Whether it was the first or the second or the third was understood from the context. (Dots were added centuries later so that people could recognize/understand easily.) Here is an image of a page of the Quran with the old Arabic letters: 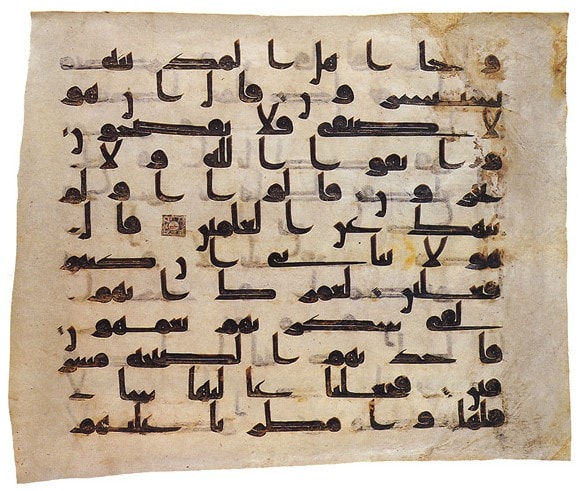 Here is the definition of letter in The Concise Oxford Dictionary of Linguistics (2nd Ed.)

letter Originally of a unit of speech having both a written form and a phonetic value. Thus, in ancient accounts, the letter (Latin litera) was the smallest unit into which utterances, defined as movements of air that are representable in writing, were analysed. Now, as in everyday usage, of a character in writing only, especially in an alphabetic system.

My question: Is there a term for signs/symbols that represent more than one letter?

The primary distinction is between a "letter" and a "diacritic", which is something generally added to a letter. Thus {a, ŋ, n} are bare letters, and {á, ñ} add diacritics. Arabic has more diacritics than the average non-Vietnamese language, and there is a terminological distinction between إِعْجَام which are the consonant dots and تَشْكِيل with is the other stuff, which then includes حَرَكَات i.e. vowels. I‘jām seem to be now considered by Arabic to be part of the letter. There is a term, رَسْم rasm, for the barest form of the letter.

The terms "character", "glyph" and "grapheme" are often used. A grapheme is the "smallest unit" of writing system, but arguably is a defective concept since in the Latin alphabet, {p,q,d,b} all have two basic parts, arranged differently, but I doubt that a linguist would say that "d" is composed of two graphemes. "Glyph" is mostly a typesetting term related to letter shapes in different fonts. "Character" is overly-broad, including Chinese logographs, which are not "letters".

Never mind, they are all letters. There are cases even more extreme than the Arabic rasm with 18 letters, for example Book Pahlavi, an Aramaic-derived script used for the Middle Persian language since the end of the 6th century BC until about AD 900. The 22 originally Aramaic letters had merged into 14 (sic!) letters in Book Pahlavi. For example, the Aramaic letters w, n, ʿ, and r, together with a final y that had lost its pronunciation and was used as a word ending “final stroke”, had all merged into a vertical stroke similar to the Arabic isolated ’alif <ا>, now this letter is called waw-nun-ayin-resh. Also, Book Pahlavi included such letters as aleph-het (ʾ/h/x), gimel-daleth-yodh (g/d/y), and mem-qoph (m/q). Later, they also borrowed dots from Arabic to occasionally distinguish some letters.

Have a look at the Preliminary proposal to encode the Book Pahlavi script in the Unicode Standard, they use the term letter throughout the paper. At the end of it there is a long text in Book Pahlavi with transliteration and Middle Persian normalization (actual reading) for you to appreciate a 14-letter alphabet.

In cuneiform, this is called polyvalency: a sign is polyvalent if it can be read in more than one way depending on the context. Some sources seem to use this word for any sign with multiple possible readings, like how one particular sign can be pronounced either pi or wa, while others use it specifically when a sign can be used either for its pronunciation or its meaning, like how another sign can either be pronounced an or mean "deity".

I haven't heard this term used for other writing systems, so an alternative might be homographs: this generally refers to words which are spelled the same but pronounced differently, like "bass" (type of fish) versus "bass" (low notes in music). It often shows up alongside homophones, words that are pronounced the same, and homonyms, words that are both; in languages with less opaque writing systems, there may not be a difference between these.

Unfortunately, I've never heard either of these words applied to writing systems like Arabic (or Book Pahlavi, to borrow Yellow Sky's example). But both have some amount of precedent, so as long as you explain them to your audience, you should be fine with either.

0
What is a term for the use of two scripts in writing?
15
If the Arabic script is suited to Arabic grammar, how do speakers of non-Semitic languages cope with it?
11
How are English spellings determined for words from eastern languages
0
Is there a word for variety of letters used in a language?
8
Are there literate speech communities for Sign Languages?
5
When was the first bicameral script developed?
1
What is the modern general communication language writing system with simplest letter symbols?
6
Is there a collective term for the Latin, Cyrillic, and Greek alphabets?