Where does the word "How" come from?

Spanish and Italian both have como / come if I'm not mistaken, however English has how. Where did we get how from?

I read somewhere that it's Germanic, but I thought German developed from Latin roots as well? Why didn't we get a similar word to Italian and Spanish?

The German branch (English, German, etc.) and the Italic branch (Latin, Spanish, Italian, etc.) of the Indo-European languages each split off from Proto-Indo-European, their common ancestor. This probably happened There is no other relation between the two branches (except reciprocal borrowings and influence). Both come/come and how come from the same Proto-Indo-European root (probably something like **kʷo-*, ), but they went through different phonological changes in the mean time, so they look very different now.

Spanish and Italian split off from their common ancestor Latin a short time ago, no more than, say, 1500 years ago, so they still look very much alike. There was also much contact between them, and hence more borrowings and mutual influence. This does not apply to the Germanic and Italic branches of Proto-Indo-European, whose oldest common ancestor existed over 5000 years ago; and the two branches generally didn't undergo much reciprocal influence either. 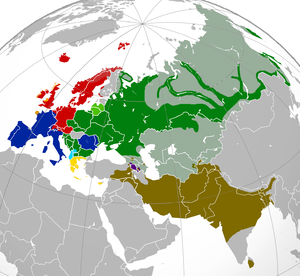 A map of the spread of the different Indo-European branches, from Wikipedia. Blue is Italic, Red is Germanic. Grey areas are mostly non-Indo-European. 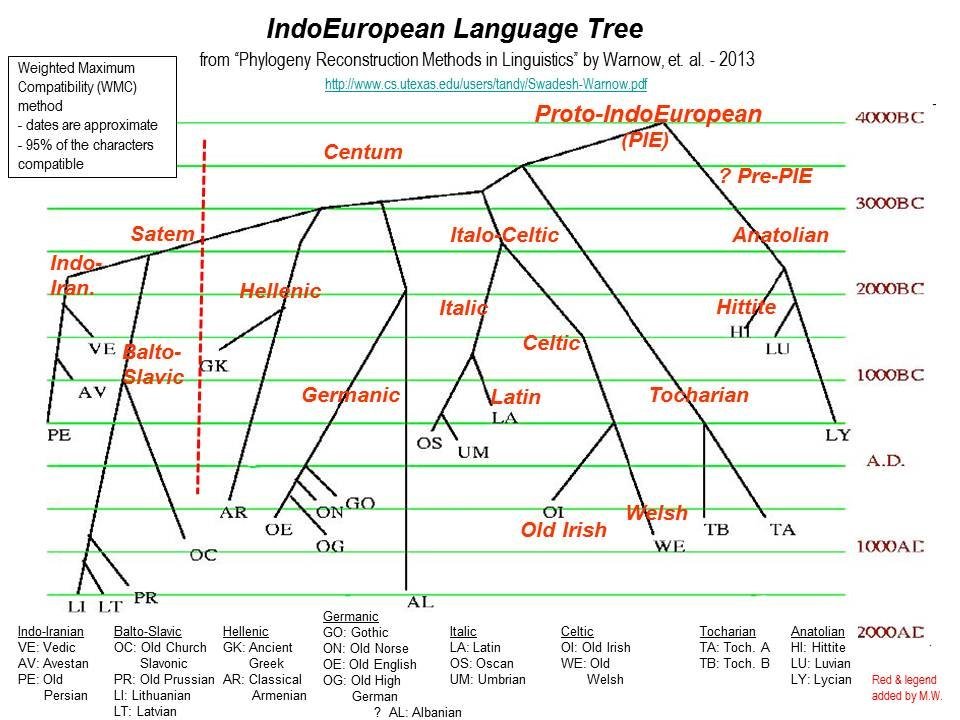 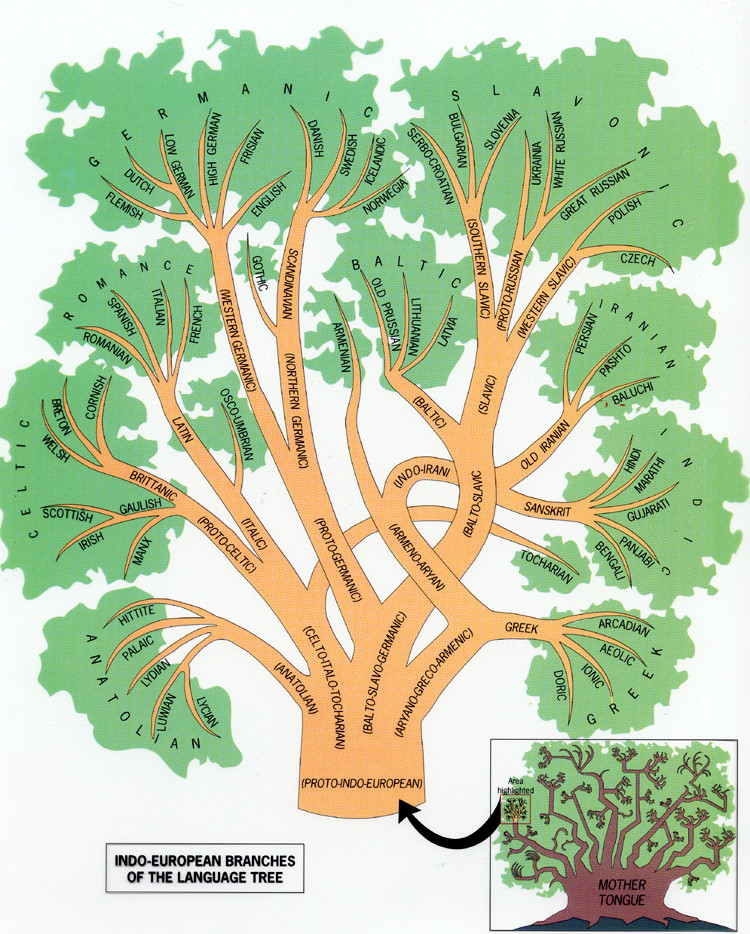 Probably from a paper by Gamkrelidze and Ivanov, “The Early History of Indo-European Languages” in Scientific American of March 1990.

How comes from germanic * hwó, which an instrumental case of * hwaz (what). This comes from PIE * kʷod (the same meaning), composed of * kʷ- (iterrogative/indeterminate morheme) and * -o-d, ending for neuter pronouns.

Como/Come derives from Latin quo modo (by which way/mode), where the first part quo is ablative case of quod (which), bringing us to the same exact origin.

ElesharEleshar
2,2731313 silver badges2020 bronze badges
1
Add a comment  |
-12
Want to improve this post? Provide detailed answers to this question, including citations and an explanation of why your answer is correct. Answers without enough detail may be edited or deleted.

29
Why do so many core Romanian words with Latin roots come from different roots than in the other Romance languages?
12
Using the word "dream" as hope for the future across languages
5
Does "and" come from the PIE word for "and"?
8
Why does word-initial upsilon always have a rough breathing?
0
Why should etymology stop where it does?
13
Do the words "angst" and "anxiety" share a common root?
2
What can be said about the evolution of syllable stress in related languages?
2
How did the Latin past participle suffix -atus develop into modern French -é?
3
Does the French word for Friday, "vendredi", come from the Latin "Veneris" or the old Norse "Vanadis"?
0
-wise, -mente, -ment: How many languages use the "mind" metaphor for adjectives made adverbs?