How to find allophones and phonemes in a foreign language?

I have problems with finding allophones and phonemes in foreign languages.

My paper says this: Consider the phones [e], [æ] and [ɛ] in the Russian data. Are they allophones of a single phoneme, or do they represent two or three separate phonemes. State your position clearly and explicitly, and give appropriate labels to the phonemes. Give your reasons in detail.

Anyone who can explain it in an easy way, because I'm very confused atm? Thank you. 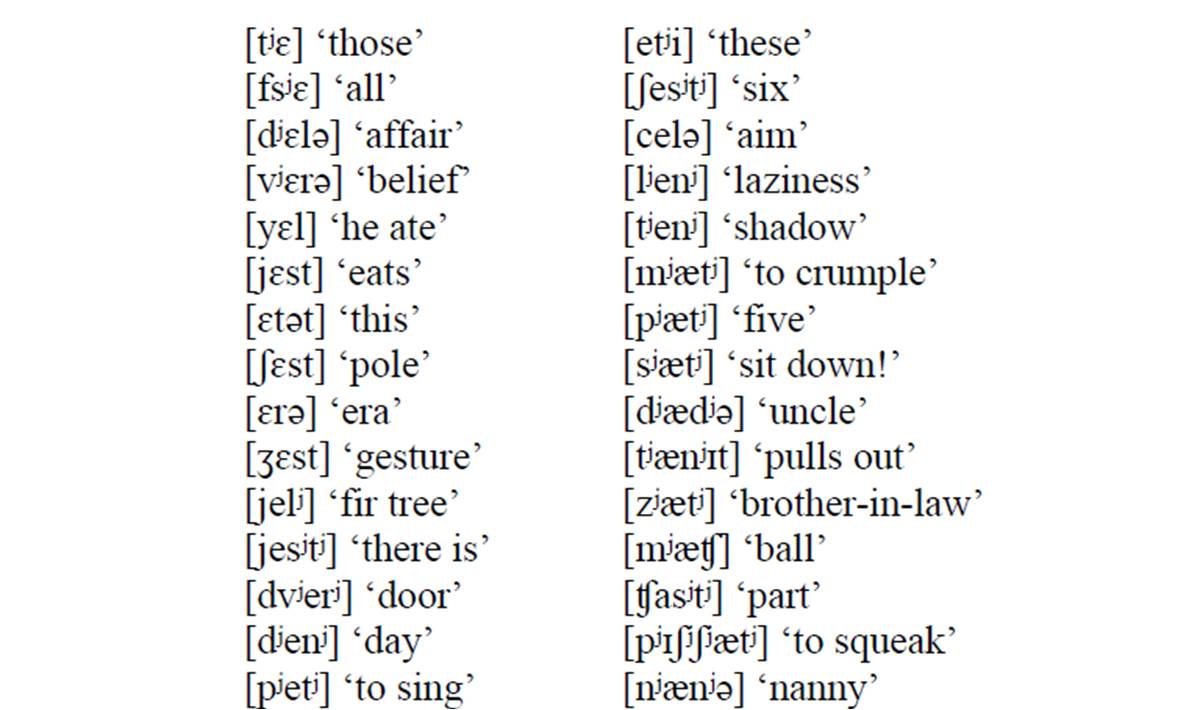 In order to answer the question, you have the figure out what theory of there phoneme / allophone question your instructor has in mind. When you have two sounds X and Y and this question, one underlying theory of allophone is that it is possible that all cases of [X] derive from /Y/ by a rule (example: all cases of [pʰ] in English derive by applying a rule to /p/). With that theory, if you can write a rule to derive one sound from the other, you would say that the derivable sound is an "allophone", that is, it is rule-governed and not lexical. In your example, you would then ask whether it is possible to derive all instances of one of those vowels from the other vowel, in which case you would say that the derivable sound is an allophone. Your problem is more complex, because you have three vowels, so you have to consider multiple vowels relations (is [ɛ] an allophone of /e/; is [ɛ] an allophone of /æ/; is [æ] an allophone of /e/, or of /ɛ/?).

The big problem is figuring out how to answer the question "can [X] always be derived from /Y/?". Some linguists rely exclusively on the minimal pair test, where you compare all of the words and check whether there are any two (distinct) words which are identical except for exactly one segment. A typical English example is "pit" and "bit". This shows that the distribution of p, b cannot be the result of applying a rule to turn /p/ into [b] or vice versa. However, there are no minimal pairs for [p] and [pʰ], meaning that it is possible to write a rule (or set of rules) to turn one sound into the other. In this way of looking at allophones, the emphasis is on looking for minimal pairs, whose existence precludes writing a rule that "phonetically" translates all instances of one sound into the other, in a certain context.

The alternative view is that you don't care so much if there are minimal pairs, you care if there is a rule that changes one into the other, and the focus is on the rules. If you would have to write 30 rules for 40 examples, essentially listing the content of each word and saying "here we have [ɛ], there we have [e]", then you are missing something. Rules apply in general phonological contexts. If you can write a rule like "/p/ becomes [pʰ] word-initially", then you have a plausible rule deriving one sound from the other.

Because your instructions don't require any characterization of where one appears vs. the other, it is possible that this is a simply hunt for minimal pairs where the actual pattern of distribution is irrelevant. The minimal pair hunt is pretty trivial, but the hunt for phonological environments is more challenging.

Assuming (without any direct evidence) that the instructor actually wants you to state the phonological context where you get one versus the other, then the question can be restated as "does sound X appear in one context and Y appears elsewhere?". In that case, only one of the environments needs to be describable in general terms, such as "at the end of the word", or "between nasals". In order to find such environments, you actually have to be able to identify phonetic properties of transcriptional letters (many people at the 101 level don't realize that n is a "nasal"). Therefore, a frequent substitute procedure is to list each preceding-and-surrounding letter pair, sorted as to whether you get X vs Y.

(Incidentally, unless this is a very strange dialect of Russian, "he ate" begins with [j] and not [y], and "aim" does not have the IPA palatal stop [c] – that is an alternative transliteration which the instructor might have intended to write as [ts]. I also wonder if there is an omission in the instructions, related to the apparently irrelevant word "part").