What is the difference in usage of the word "root" in PIE and its daughter languages?

Now I understand that the conceptions of "root" in PIE and its descendant languages don't fully overlap. However what is the exact difference between them? What confuses me is the description below: what is the hyphen used for in word pa-tḗr? 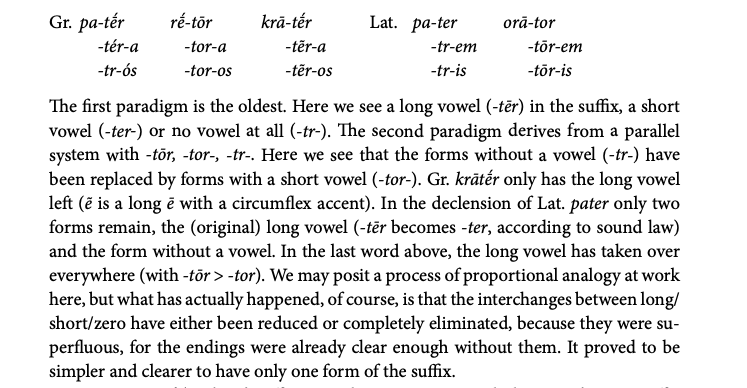 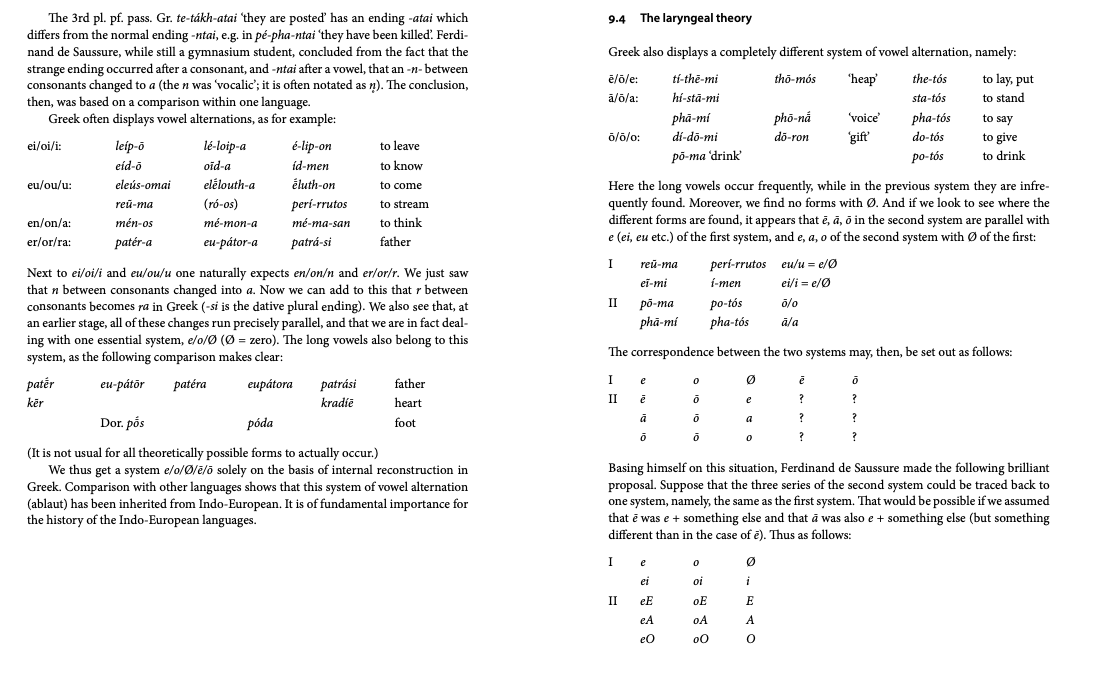 In Proto-Indo-European, a root is the basic part of a word that carries lexical meaning. It's monosyllabic, has a certain structure, and is, under certain (often poorly understood) circumstances, subject to ablaut. A word consists of at least a root and an ending, but can also have a number of affixes and, in the case of compound words, multiple roots.

In Greek, if the term is used at all, a root is a word without its grammatical baggage: without its ending and thematic vowel (if applicable), and, in the case of verbs, without prepositional prefix (e.g. the ἐπι- in ἐπιδείκνυμι), augment, modal suffix (e.g. the -ι- of the optative), or grammatically regular reduplication (so the root of λέλοιπα is λοιπ-, but the root of γίγνομαι is usually γιγν-, not γν-; some grammars disagree on this point, though). (This is in contrast to the stem, which does include many of these things but not the ending; in the case of athematic nouns, the root and the stem are often identical.)

Things that originated as PIE (or even post-PIE) affixes often aren't seen as distinct morphemes that are separable from the root: τειχίζω might go back to *dʰei̭ǵʰ-id-yō, but the root is usually given as τειχιζ-, not τειχ- (even though the construction with -ιζ- is still productive in Ancient Greek!). The biggest exception here is the aforementioned verbal prepositional prefixes like ἀνα-, ἀπο-, περι-, &c., mainly because of how they interact with the augment, but depending on the analysis there are others as well; the "inchoative" suffix -σκ-, for instance, or nasal infix and suffix in verbs like λαμβάνω, are often separated out. Specific details will vary from author to author, depending on what they find most instructive; a university-level textbook will tend to be more analytic than a high school course, and the root of τιτρώσκω might be τιτρωσκ- for one author and τρω- for another.

But for these reasons, while Greek roots can sometimes map transparently to PIE roots, they often don't. Another important distinction is that outside of thematic vowels, ablaut isn't grammatically regular in Greek, so it's not commonly interpreted as something that happens to a given root, but rather as a fixed part of it: λείπο, its aorist ἔλιπον, and its perfect λέλοιπα may very obviously reflect the e-grade, zero-grade, and o-grade of some PIE root (*lei̭kʷ-, in fact), but in a Greek context they're almost always seen as three different roots (λειπ-, λιπ-, λοιπ-), because there's no way to predict one from another.

So as far as your original question goes, most synchronic analyses will tell you that πατήρ is built on two different roots:

The paradigm is sufficiently irregular and unique (μήτηρ and θυγάτηρ are similar but have their own problems) that a more complicated interpretation isn't very useful. It's not really seen as root ablaut or suffix ablaut, because that's an analysis that just isn't used; it's exclusive to Proto-Indo-European.

(The long vowel in the nom. sg. (the operation of Szemerényi's law) is sufficiently common that it's not seen as a separate root, otherwise it would complicate single-root words like ῥήτωρ.)

*ph₂tḗr, the PIE etymon of πατήρ, obviously did undergo suffix ablaut, and in demonstrating that you may find it useful to divvy up Greek words in ways that grammarians of Greek do not; if you want to call πα- the root of πατήρ, though, you're applying PIE terminology to a Greek word, not using the word the way grammarians of Greek use it. (But as many people learn Greek specifically in the context of Indo-European studies, it does happen.)

Not the answer you're looking for? Browse other questions tagged historical-linguistics morphology proto-indo-european greek or ask your own question.