We can define writing as the use of graphic marks to represent specific linguistic utterances. The purpose of a definition is to distinguish a term from other things. To understand what writing is, it is helpful to investigate some similar things which are not writing according to our definition.
Writing is not language. Language is a complex system residing in our brain which allows us to produce and interpret utterances. Writing involves making an utterance visible. Our cultural tradition does not make this distinction clearly. We sometimes hear statements such as Hebrew has no vowels; this statement is roughly true for the Hebrew writing system, but it is definitely not true for the Hebrew language. Readers should constantly check that they are not confusing language and writing. 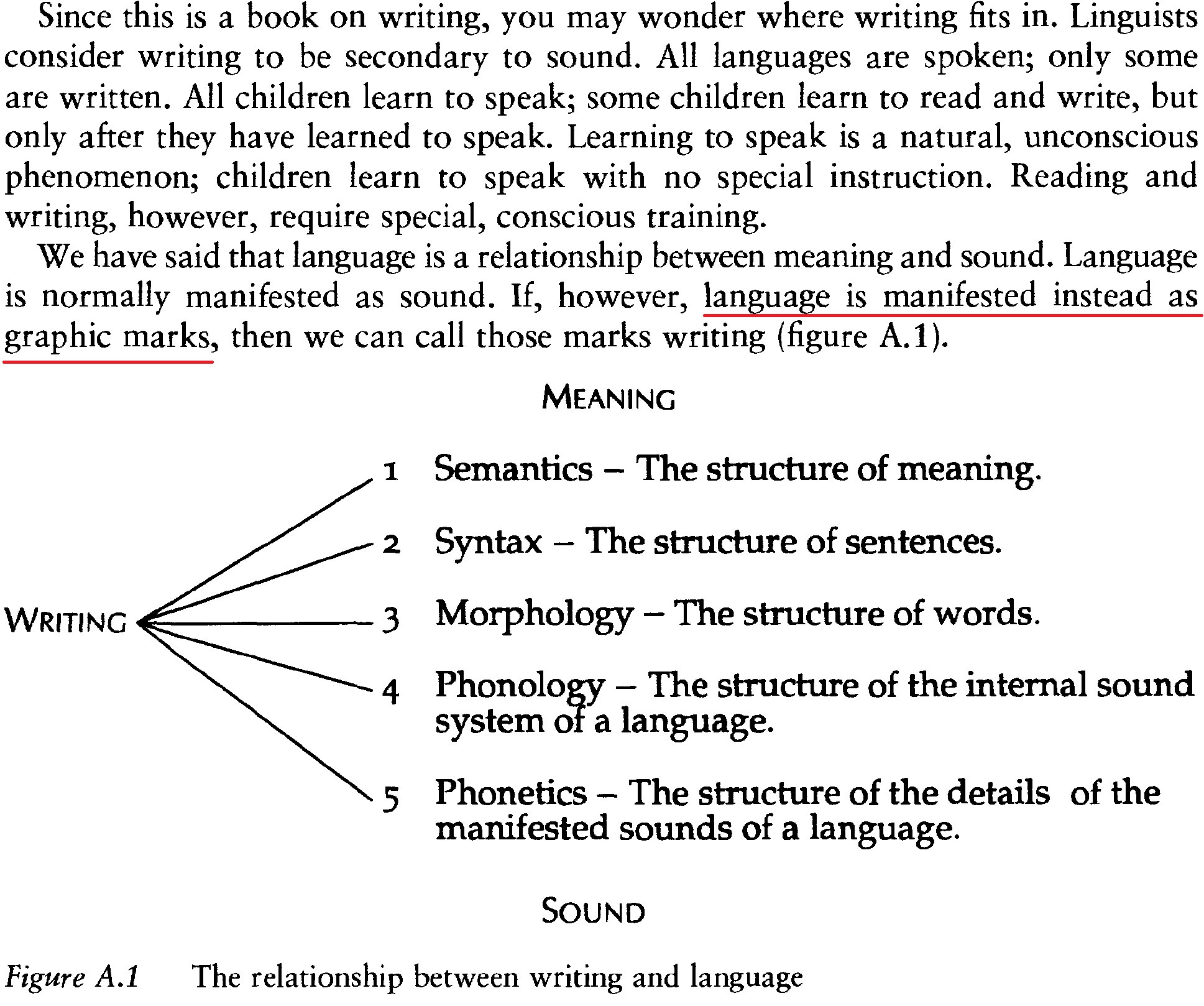 Writing is not language.

The author means that these concepts are not completely identical.

Musical notes are used to record musical sounds on paper. But music (sounds) is primary.

It's the same with language.

Modern writing is a way of recording the sounds of a language.

(Languages are different, I speak in general, there may be exceptions.)

As musical notes denote musical sounds, letters denote speech sounds.
(This is not a completely accurate comparison, but there is an analogy.)

This means that language is, first of all, sound. Sound is primary.

I think there is no contradiction in this book, but the explanation is not very clear.

0
Why are meaning, sound, and writing "part of the outside world, not part of language"?