In general, how do morphoX differ from X? Here are some concretizations.

morpheme. A contrastive meaningful unit in a language; a class of allographs. In English, book and table are different morphemes; blueness consists of two morphemes blue and -ness.

morphophonemic. Having to do with linguistic units between the phonological and morphological levels of language.

In this section and the next, we will compare two somewhat different orthographies, both using the Roman alphabet: Finnish and Scots Gaelic. The two systems differ rather strongly in what is known as orthographic depth. Finnish writing is shallow, Scots Gaelic is deep. By orthographic depth, we are talking about the relationship of writing and language. (You may at this point need to review phonemic and morphophonemic levels in Appendix A on linguistic concepts.) In a writing system which is orthographically shallow, graphemes represent phonemes; in a writing system which is orthographically deep, graphemes represent morphophonemes. Languages are often inconsistent in that they may represent some things at one level and other things at another or at an intermediary level. One commonly sees the term 'phonetic' used to mean shallow, as in 'Finnish writing is phonetic'. This is a poor choice of words on two grounds. First, in linguistics, 'phonetic' implies subphonemic, allophonic, which is clearly not meant here. Second, 'phonetic' suggests an absolute type of relationship between the writing system and language, whereas 'deep' suggests one end of a continuum, a much more realistic appraisal, in my opinion. 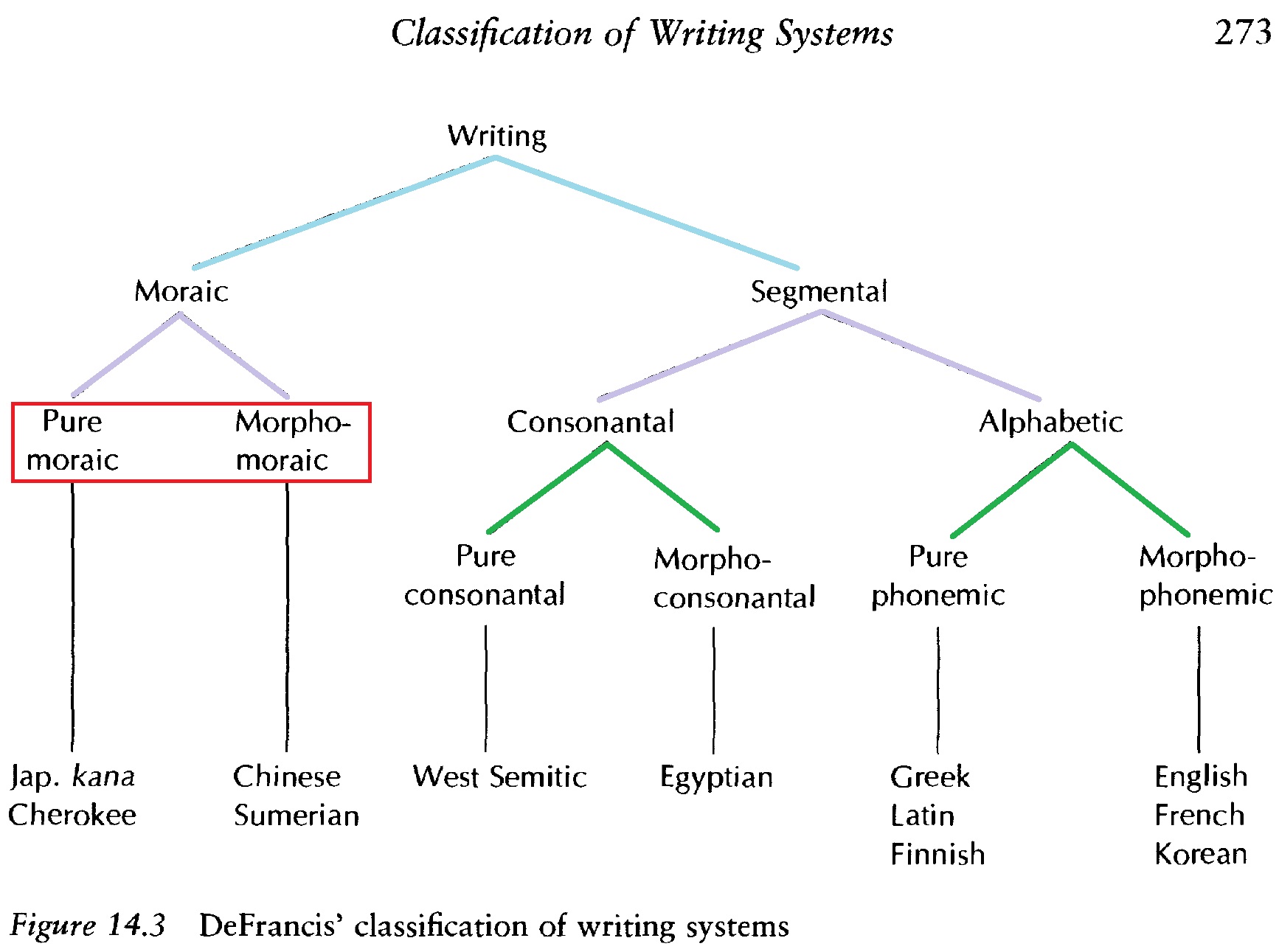 There are a few different questions rolled into one here.

In English, for example, we write the words bear and bare differently, even though they're pronounced exactly the same. Thus the writing indicates not only the phonemes (which are the same for both), but also whether those phonemes mean "large animal" or "uncovered". This is what the "morpho-" prefix means in this classification.

30
What meaningful distinction is there between morphology and syntax?
9
Can anyone point me toward articles/theory that syntax and morphology operate on the same principles?
3
Where to find examples of unique/uncommon syntax?
2
In what ways does English syntax compensate for its low number of inflectional morphemes?
14
Are there any languages which inflect the noun for morphosyntactic categories normally reserved for verbs (e.g. tense, aspect, etc.)?