I came across following table in Jurafsky's book: 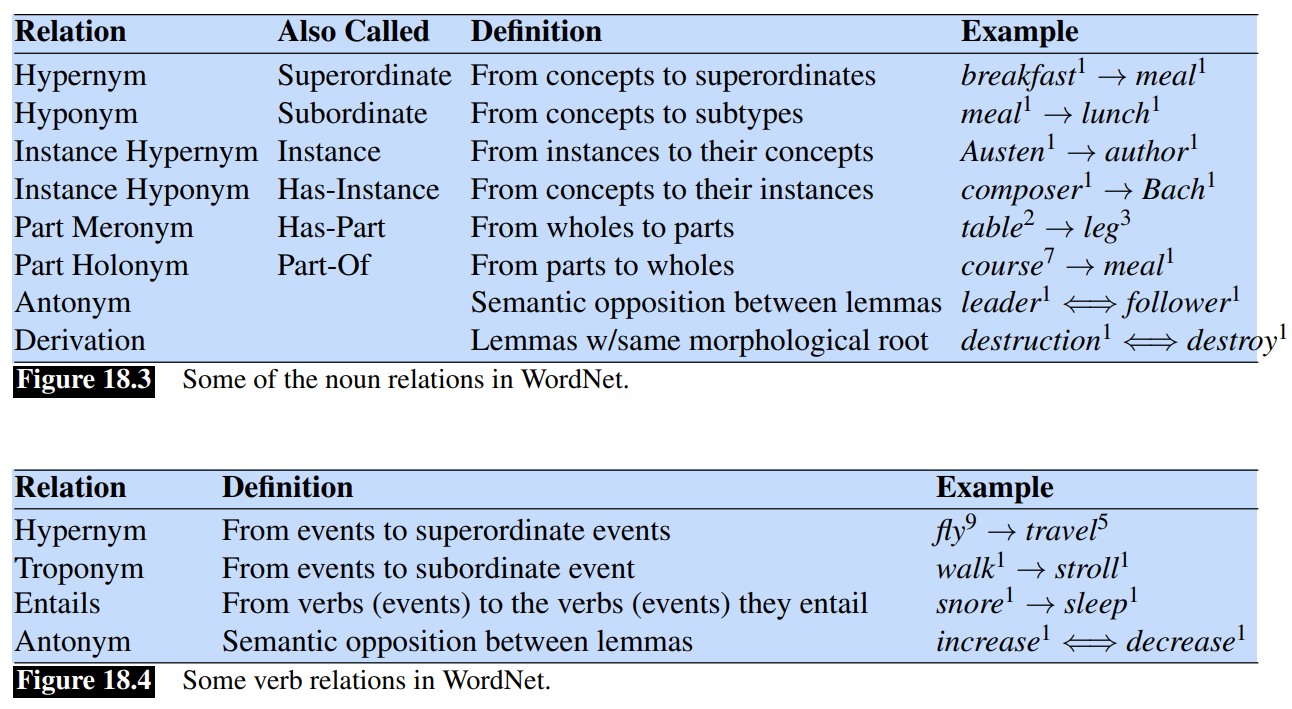 Browse other questions tagged or ask your own question.

10
Are there languages which use the negation of 'odd' to denote 'even'?
3
Is there a term ending in "-nym," that signifies terms that all have the same hypernym?
5
Semantic Relatedness metric across Parts of Speech
4
Lexical Distance, is there a table?
0
semantics of bizarre usages in view of a second-language-speaker
0
Is it possible that whole relative clause refers/describes one word/phrase in the main clause (without anaphora)?
1
Are there different "kinds" of meaningless sentences?