The Sumerian tablets are widely recognised as the worlds earliest known writing system, dating to approximately 3100bc.

Archaic Sumerian is the earliest stage of inscriptions with linguistic content, beginning with the Jemdet Nasr (Uruk III) period from about the 31st to 30th centuries BC.

Despite the fact that the Sumerian tablets are considered the earliest known writing system, the Dispilio tablet uncontroversially dates back to 5202bc.

The Dispilio tablet is a wooden tablet bearing inscribed markings, unearthed during George Hourmouziadis's excavations of Dispilio in Greece, and carbon 14-dated to 5202 (± 123) BC.1 It was discovered in 1993 in a Neolithic lakeshore settlement that occupied an artificial island2 near the modern village of Dispilio on Lake Kastoria in Kastoria, Western Macedonia, Greece. 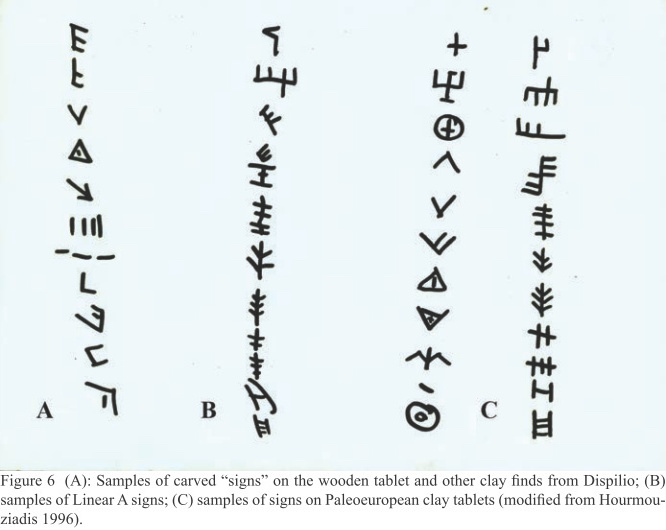 Could this indicate a pre-cuneiform, pre-hieroglyphic writing system? It's possible, yes.

But so could the Vinča symbols, or the Jiahu symbols. It's hard to prove a negative (i.e. prove that these symbols don't encode language), but until someone can come up with a believable, systematic correspondence between these symbols and some form of language (a decipherment), it's more likely that these are proto-writing or just some form of decoration.

Not the answer you're looking for? Browse other questions tagged ancient or ask your own question.

0
What was the diffusion and the use of dictionaries in ancient times? Every civilization with a dictionary?