Why does lower case "a" look so different from capital "A"?

Despite my best efforts, I can not find the answer specifically for "a" online. For the rest of the letters of the Latin alphabet, I can see the connection between the different forms (except for the "long s"), for example it is clear how the middle line is connected to the top line in "e", but "a" seems to make no sense. Even weirder considering how it looks very similar in Cyrillic and Greek.

My best guess is that the "Ʌ" shape was written from left to right, then up and left again to make the middle stroke, which extended into a full circle and the left side of the "Ʌ" retracted a bit to make the hook found in Cyrillic and sometimes Latin, which was lost in Greek.

Compare the uncial form and it may become clearer: 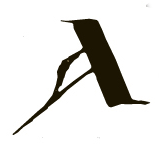 In other words, the right leg was written on its own, then the left leg and the middle crossbar were written in a single stroke. This led to the legs not meeting right at the very top, and the crossbar becoming more diagonal. Eventually the point in the bottom left became less pointed and you end up with the modern forms.

Not the answer you're looking for? Browse other questions tagged orthography alphabets or ask your own question.

8
Are there writing systems with more than upper case and lower case?
0
Why does *h* have two different names in Welsh?
6
Why are some scripts' names derived from their first few characters?
1
Why does the NATO Spelling alphabet contain words with more than two syllables
4
Where does the letter <j> come from to Slavic Cyrillic alphabets?
4
Why did Χ and Ψ have such different sounds in early Eastern and Western Greek?
0
Why does shallow orthographic depth clearly not signify allophonic?
0
Why do the Hebrew characters look so different from Greek, Latin, even Phoenician?