Why is ʌ an open-mid back unrounded vowel? 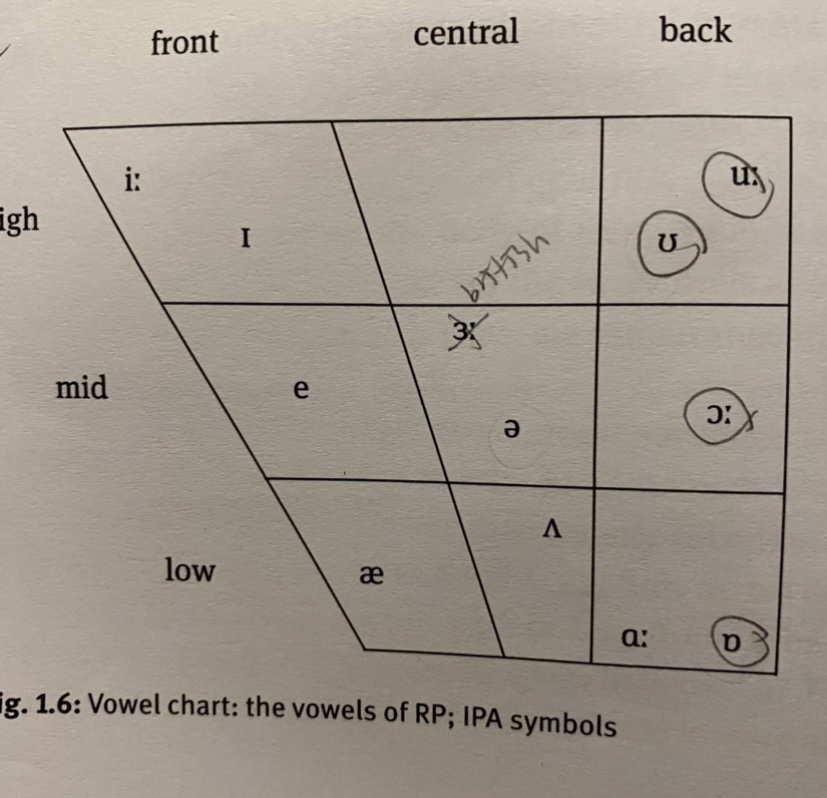 I've been studying the vowel chart recently and I don't understand why ʌ is an open-mid back unrounded vowel. Shouldn’t it be a short low central unrounded vowel like in the chart picture I added? Btw, the chart is from my textbook.

The short answer is that that is how the symbol is defined. The intermediate answer is that the picture you provide is wrong as a subset of the IPA chart (the vowel letters are not in their standard positions, which you can get by looking at an official IPA chart – but the image also indirectly disclaims being an IPA chart). The somewhat longer answer is that IPA symbols are used not just in idealized IPA standard-pronunciation exercises, they are also used for the pronunciation of actual languages – such as RP English. There is a vowel phoneme /ʌ/ in English which has a range of pronunciations across dialects. If you want to know the reference pronunciation of the IPA letter "ʌ", consult this collection of pronunciations. Your judgment of ideal vowel-position is closest to Ladefoged's pronunciation, and furthest from Esling's. The author of the book has made a judgment as to where, auditorially, the vowel sits in chart in RP, which correctly reflects details of that particular dialects pronunciation.

There are no low vowels in IPA, just open vowels. There is no open central vowel: the closest you can get is the near-open central vowel [ɐ]. You are mixing phonetic systems – as does the book's author (high, mid, low are not IPA concepts).

What you are looking at are the conventionalised symbols for the phonemic transcription of Southern Standard British English (also known as RP). The phonemic transcription systems for individual languages cannot use the symbols from the International Phonetic Alphabet (IPA) faithfully, especially the vowels. The symbols from the IPA represent idealised points within the vowel space, known as cardinal vowels. Real languages do not have vowel inventories where each vowel corresponds neatly to one of these points. Consequently, phoneticians and the language teaching community have to make principled choices about what symbols to use for language-specific phonemic transcriptions. These may take into account all kinds of things including the orthography of the language concerned and so forth.

The author of the book has positioned the symbols representing the SSBE monophthongs on a vowel quadrilateral to try to show what a typical realisation of these vowels would be.

The [ʌ] symbol within the IPA system proper represents cardinal vowel 14, which is by definition an open-mid back unrounded vowel.

0
How to work with an IPA chart?
6
Confused about vowel diagram (Vowel chart)—Can you clarify and explain how to read it?
1
near-close front unrounded vowel
3
Is there a rounded /æ/? Is there a Near-open front rounded vowel?
4
Seeking IPA study aids (symbol memorization, audio recognition, transcription practice)
1
What does a long mid-high unrounded back vowel sound like?
3
Can someone explain the English 'W' sound?
11
Do voiceless approximants exist? What is the consensus among phoneticians/phonologists?
2
International Phonetic Alphabet (IPA) chart handbook
0
What is the use or quality of the orthography-to-IPA mapping charts?