Development of Old Norse 2nd and 3rd person sg. (present indicative) forms of "to be"

I was comparing the conjugations of "to be" in Old Norse and Proto-Germanic, and it looks like ON has flipped the 2nd and 3rd person singular forms. Is this what happened, or is there some other development that led to the ON paradigm?

I am not an expert on Old Norse, but my guess that in Old Norse happened something similar as in the development of the German language: The second person singular acquired a new -t from the start of the pronoun. The longer explanation goes like this: The second person is often used within direct question towards the addressee, and thus has inversion between verb and pronoun, as in bis du this get fused to bistu and than reanalysed as bist du. In German, the process did not only affect the verb sein "to be" but in the long run all verbs changed their ending this way.

It is certainly puzzling, and not only to you. The problem has frustrated many scholars and is thus described on page 724 of The Nordic Languages: An International Handbook of the History of the North Germanic Languages by Bandle et al. (dealing with the disappearance of the dental stop in the third person singular – and its replacement by -ʀ → -r): 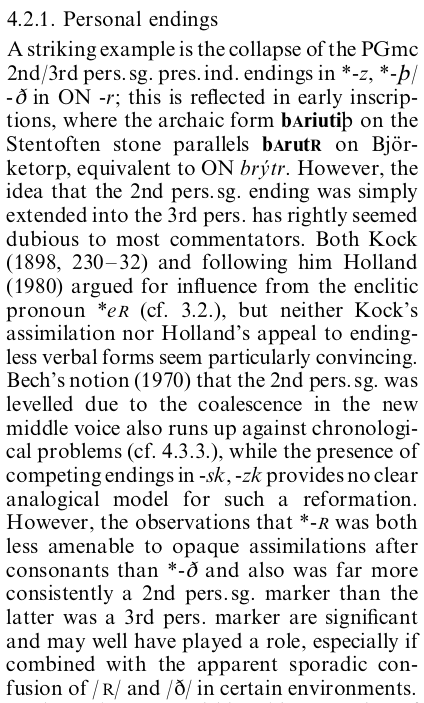 Concerning the apparent addition of -t in the second person singular, a similar (or, indeed, the same) development also takes place in West Germanic, as is known from German and older stages of English (e.g. "thou knowest", "thou dost" in the language of Shakespeare and the KJV). The common explanation that it results from a rebracketing of cases where the verb is immediately followed by the second person singular pronoun is rejected by Ringe & Taylor in their 2014 The Development of Old English (pp. 253–254): 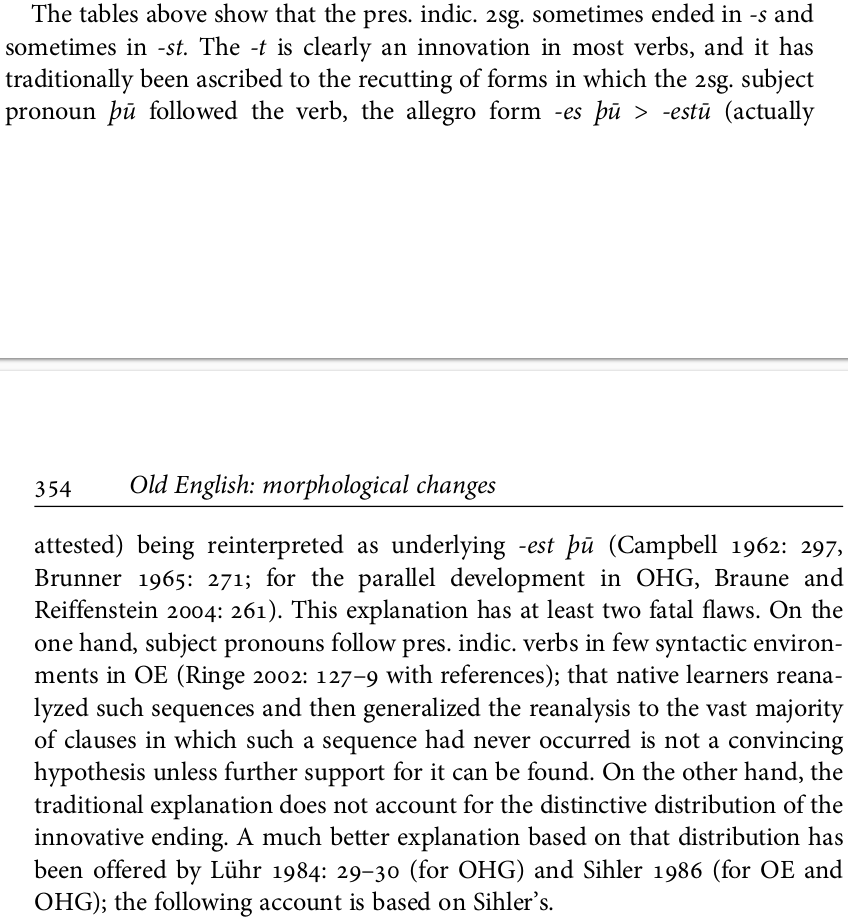 In the following he instead gives a somewhat complicated and lengthy account of an alternative theory, the gist of which is expressed below (ibid.): 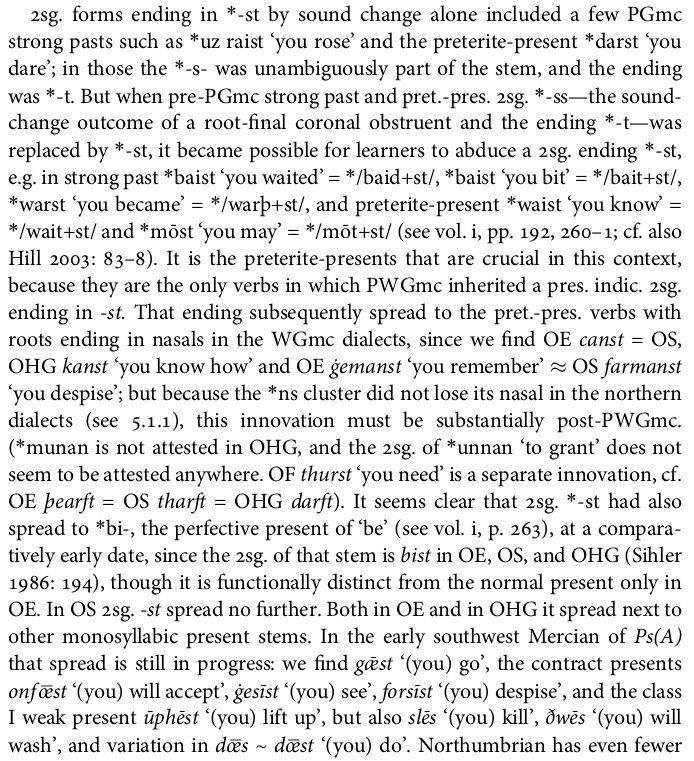 As they note, this development must have occurred later than the Proto-West-Germanic stage, and thus does not per se account for the system seen in North Germanic, but it is perhaps not inconceivable that the general principles in the development spread via a wave model also to the North Germanic languages.

Not the answer you're looking for? Browse other questions tagged historical-linguistics etymology germanic-languages proto-germanic old-norse or ask your own question.