In Turkish, the glove compartment of a car is called "torpido gözü", the literal translation of which is "torpedo compartment".

None of the dictionaries I have access to has an etymology for the usage.

I scanned the words for glove compartment in quite a few languages and apparently the Romanian word is "torpedou". Romania and Turkey are not immediate neighbors and other neighboring countries don't seem to use this word. But I can't rule out local or slang words.

There seem to be quite a few car models in the past named "Torpedo" and there may be a connection but I couldn't come up with a specific explanation.

Does anyone know the etymology for this usage or at least does anyone have a hypothesis?

If not, is there any other languages that use the word "torpedo" for glove compartment (slang or local words are welcome too)? Maybe it can shed some light on the issue.

"Torpedo* in the meaning of dashboard / front panel in a car also exists in Ukrainian.

Briefly, the etymology seems to be quite complicated:

1. OED has the following definition of torpedo:

1520s, "electric ray" (flat fish that produces an electric charge to stun prey or for defense), from Latin torpedo "electric ray," originally "numbness, sluggishness" (the fish so called from the effect of being jolted by the ray's electric discharges), from torpere "be numb" (see torpor).

2. When sea mines have been invented, they received name of torpedo because of their ability to strike anything that touches it. The same OED says:

The sense of "explosive device used to blow up enemy ships" is first recorded 1776, as a floating mine; the self-propelled version is from c.1900.

3. Subsequently, this term moved towards self-propelled sea mines that have been invented in 1870's.

4. Before 20th century, cars looked rather like horse carts. With the progress of automobile technology and car racing, the designers equipped their cars with cigar-shaped bodies. 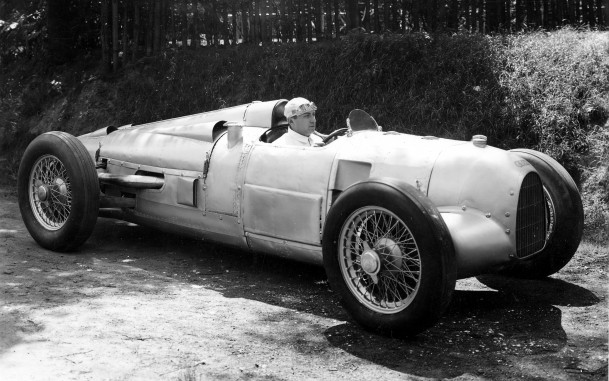 This article illustrates usage of the term (note, a proper name yet):

Note that the front panel of the depicted car makes a line with the hood.

5. Subsequently, when the wheels became covered inside the body, the front part of the car did not look like a torpedo anymore, so the term has changed its meaning, and now we know it as a synonym of "dashboard".

Not the answer you're looking for? Browse other questions tagged etymology turkish romanian or ask your own question.

10
No etymology for "dad"?
5
Why is the Romanian syntax for "Good night!" opposite to all the other Romance languages?
2
Etymology of the Turkish word for copper (bakır)
1
Languages lacking detailed words for taste
1
Is there a high-quality academic reference resource for an extensive overview of a language?
2
Excepting Romanian, is "Wales" ever translated/transliterated in modern languages with the same term as that meaning "Gaul" or "Gauls"?
4
How come the Romanian verb for love iubi does not originate from the Latin iubeo
1
Is the Turkish word for brother(kardeş) of Indo-Iranian origin?