Could the English language be learned purely by observing written texts?

I just asked this question on English Language Learners and there they suggested that it might better fit here.

This is a high level and difficult question, however I think it is an interesting question about linguistics and learning the English language (albeit in an abstract manner).

If our species went extinct, would it be possible for an alien historian, perhaps a language specialist, interested in deciphering our texts to learn the English language purely by gathering and observing our texts?

If the title of your question means to you what it literally means, the answer is, plainly, 'NO'. Just by observing written texts, without any access at all to the extralinguistic referents and contexts of use of the written expressions, you would be absolutely unable to determine either their 'sound' or their 'meaning' (/use), and you would have no grounds at all to call that set of inscriptions 'English' or anything else, or even less to say that you had learnt English.

Of course, you could study the distribution of each of the symbols figuring in your necessarily finite collection of inscriptions and, with a lot of patience, eventually establish an 'alphabet' (an exhaustive list of the symbols in them) and a set of 'construction rules' for the observed subset of L, i.e., a syntax (in the broad sense) in which you specified the observed combinations of 'letters' (a sort of 'phonotactics' of L), an inventory of (observed) recurring 'morphs' (bits of 'words' observed to systematically recur in identifiable co-texts), an inventory of observed 'words' (assuming the inscriptions contained punctuation marks, e.g., spaces, something to separate sentences), and you could, on distributional grounds, establish a finite set of 'syntactic categories' of words, and, since your corpus would be, by definition, a closed one, a finite set of recurring patterns of combination of categories of 'words' into 'phrases' and 'sentences', i.e., you could surely reach a fairly detailed set of hypotheses about the 'syntax' of L in the narrow sense, too.

But, without access to the extralinguistic correlates of such 'words', 'phrases' and 'sentences', your 'language' L would have no 'semantics', would thus not even be a 'semiotic' system (in Morris' sense), and, of course, you would not have learnt a human language at all, because what defines human languages is their capacity to 'recursively' correlate indefinitely complex 'forms' with their corresponding 'meanings' (= in Chomsky's terms: infinite use of finite means). On the contrary, by definition, all the written expressions of L you could collect, however large your 'corpus' were, would only constitute a tiny fraction of what the alphabet and the rules of construction would be able to 'generate'.

But, above all, your L would not be a system of 'signs'. Hence, even if you learnt your 'alphabet' and your 'construction rules' to perfection, even if you subsequently generalized and extrapolated your 'grammar' in order to 'generate' a much bigger complementary set of non-observed, but grammar-compliant and hence predictable new possible 'inscriptions', you would not be entitled to say you had learnt English (or any other human language).

The well-known cases in which such sets of inscriptions have been 'deciphered' could occur at all because the decipherers did eventually obtain at least indirect access to what the inscriptions and their parts 'referred to' and 'meant' (with all the caveats that philosophers of language since Quine have established in this respect). Without such direct or indirect access to the extralinguistic correlates of 'inscriptions' and their components, it would have been imposible to even decipher the observed expressions, let alone learn the underlying languages.

Assyriologists, Egyptologists and other students of ancient languages in the 19th and 20th centuries have successfully deciphered lots of long extinct languages solely on the basis of written texts. So in principle it is possible. Having said that, successful decipherment has been mainly with languages that are either cognate with already known languages, or in the same script as known languages, or else they are attested in bilingual texts like the Rosetta Stone (where the same text appears both in a known language and an unknown language on the same document). Some ancient languages have defied successful decipherment (e.g. the language of the Phaestos disk or that of the Indus Valley), precisely because these conditions were not fulfilled. So perhaps extra-terrestrial visitors to our devastated planet might not succeed in cracking any of our languages.

Although in general terms fdb's answer is excellent he's forgetting one absolutely crucial detail: the size of the available corpus of the language. For any sufficiently large non random code given some known context decipherment will always be possible. Now, assuming that the alien linguist is able to comprehend human life to any basic extend he should be able to decipher any related texts given he has a large enough number of English works (which in turn makes his knowledge of the context grow). And he should be capable of getting the necessary context from fellow alien archeologists.

Does this mean everything could be understood/translated? Not necessarily, words describing for example emotions or experiences that are uniquely human could never be truly understood by an alien per definition.

Either way, realistically speaking he has to only decipher a couple of very basic concepts and next find a single dictionary and the rest would fall in place pretty quickly :) .

First, we have historical examples of humans doing this. Hieroglyphs come in several varieties and are both context-dependent and inconsistent. They are terrible to try to reverse engineer. Nevertheless, with the help of the Rosetta stone, we were able to decipher it. The Rosetta stone gave a tiny fraction of the 5,000 or so individual glyphs, but with that jumpstart, we eventually got a good idea about almost all of them).

There is an absurd amount of written data in modern languages. Unlike your average stele, the English corpus today contains plenty of training books for kids. E.g.: 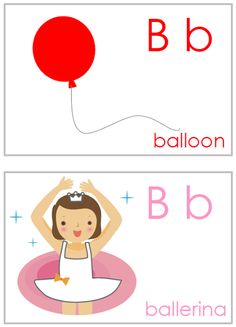 These are a goldmine of object-to-concept mappings. Once you have some nouns and verbs, you can then start to formulate a grammar just by doing educated guesses (That isn't a conjecture; it is a standard assignment given to college linguistics students; it's called "morphological analysis". More complicated versions include phonological rules and pronunciation ("phonological analysis")).

As for pronunciation, we have Linguistics textbooks that explain articulation in depth. This could be simulated. So, any alien would be able to speak correctly too.

None of this considers auditory data, which exists on tapes, records, . . . youtube . . .

The classic science fiction story Omnilingual from 1957 addresses exactly this question in reverse - it has archaeologists exploring the remains of an extinct Martian civilization of a similar scale to ours, with the initial assumption that deciphering the Martian writing will be impossible since there can be no "Rosetta Stone".

The story basically argues that science can function as a universal Rosetta Stone. Its key scene is when one of the archaeologists realizes that she's looking at a Martian version of the periodic table of elements - recognizable through its structure, which is largely dictated by fundamental facts of nature, not culture or convention.

It gives you the names of all elements, and if you're lucky also numbers. In volume alone, that is more content than the real Rosetta Stone had, though not as linguistically useful since it lacks any information about grammar. On the other hand, you might find interesting regularities in the words that correspond to properties of the elements.

As an example, look at this bare bones table of elements in Chinese: 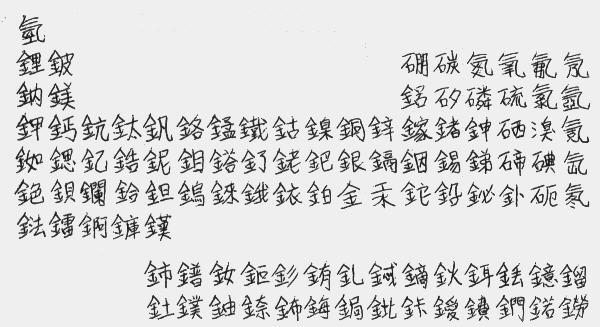 If you know the table of elements, you'll quickly notice at least two useful things:

One might think not since we haven't deciphered Minoan (and other languages). It depends on what you mean by "text". If the alien knew nothing about life on Earth and if all that was available was a collection of letters (i.e. no pictures or anything else to give context to the string or ) then, no. But if you know what a text is about, and if you have enough texts, it would be possible. Though you might have to contend with cognitive impediments by the alien, e.g. if they are stymied by the inconsistency of how "dwelling" is represented (house, maison, casa, дом, talo, بيت, guriga, nyumba,σπίτι), because they don't know that humans can speak more than one language).

Not the answer you're looking for? Browse other questions tagged translation vocabulary or ask your own question.

1
What are the most written/read languages on the internet?
7
Which language has the biggest vocabulary?
0
Is English the most descriptive language?
2
What is the French equivalent of the English linguistic term “reflex” (the descendant sound of a sound in a proto-language)?
0
Why are the names of languages always adjectives? (e.g. “English”, “French”, “Spanish”)