Why is the utterance and intonational phrase "post-lexical"?

In the right side of the image below, it is implied that constituents up to the level of the word are considered "postlexical" and those below it are "lexical". 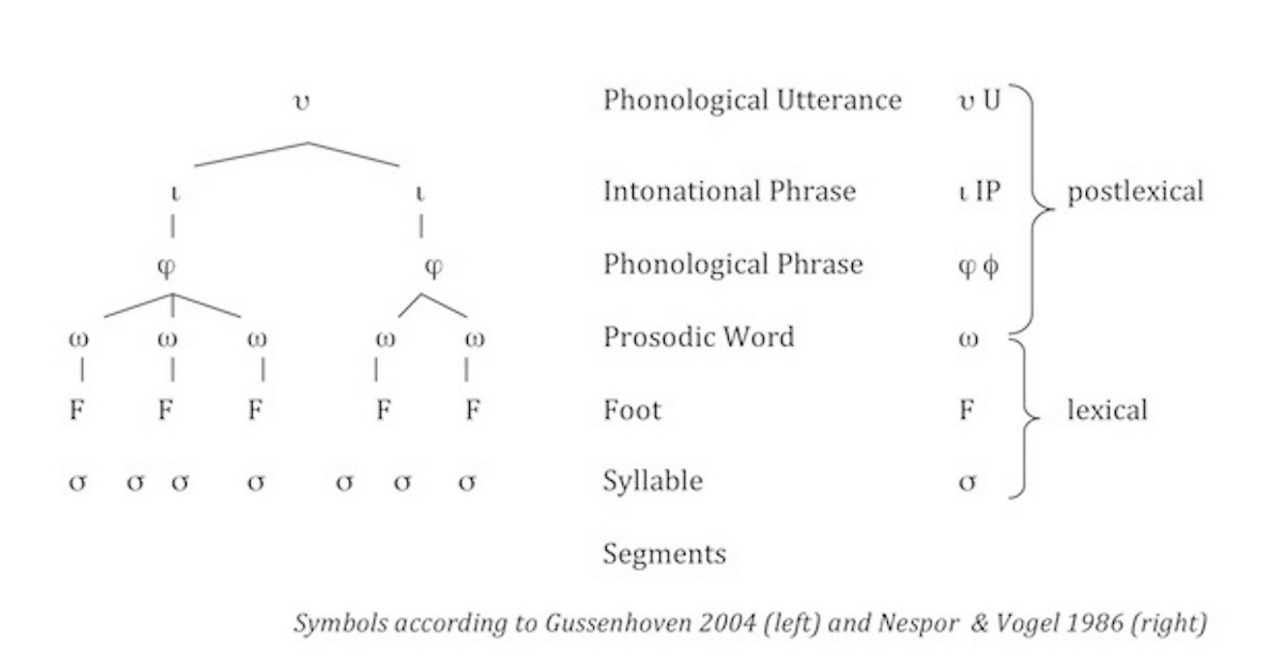 I can easily imagine that the prosodic word and the elements of which it is comprised are lexical, insofar as words are part of a lexicon. But what is meant by post-lexical, i.e. "after-lexical". I'm not sure I understand precisely what Nespor & Vogel are getting at with this division. Presumably something about speech processing/production...?

This is terminology from the theory of Lexical Phonology, which was popular at the time. In that theory, morphology and some parts of phonology are bundled together into a module called "Lexicon", which is responsible for creating words (stringing together morphemes and sorting out their pronunciation). Syntax happens later, and that is where words are assembled into utterances. After that, the phonology gets another pass at applying, where that last round of rule application is called "post-lexical phonology". Anything that applied between words was necessarily "post-lexical", because it was assumed that syntax come after the lexicon.

Not the answer you're looking for? Browse other questions tagged phonology prosody or ask your own question.

3
Prosodic vs Metrical vs Autosegmental accounts of suprasegmental phenomena

9
What is known about the universal aspects of the relation between intonation and emotion?
6
What is the difference between phrase prosody and sentence prosody?
3
What is the consonant equivalent of Well's lexical sets for English vowels?
3
Are there languages in which lexical pitch accent and phonemic vowel length vary independently?
2
Donkey and Monkey: why has the pronunciation of donkey changed? (Distinctive features?)
1
How do phonologists use the terms "phonological phrase" and "intonational phrase"?
1
Why does IPA have stress in /ɡəˈʃtɔlt/ before instead of after the /ʃ/?
0
Data analysis of æ (tense) and æ: (lax) (Lexical Phonology)